How are Programming Languages created

But, have you ever thought – how are programming languages created ?

Today, we are going to explore what are the steps, requirements, and strategies when it comes to developing a new programming language.

It is important to understand how things work before you start practising routines. Because, creating a new software or language is a detailed process and involves different stages, such as planning, programming, implementation, and testing.

How are Programming languages created ?

(How are coding languages created ?)

Programming languages are created with the help of existing ones, such as C++. You will need to pass through different stages, such as designing syntax structures, creating and setting up a compiler or interpreter, arranging a standard library for the language, and putting together supporting build systems and editors. 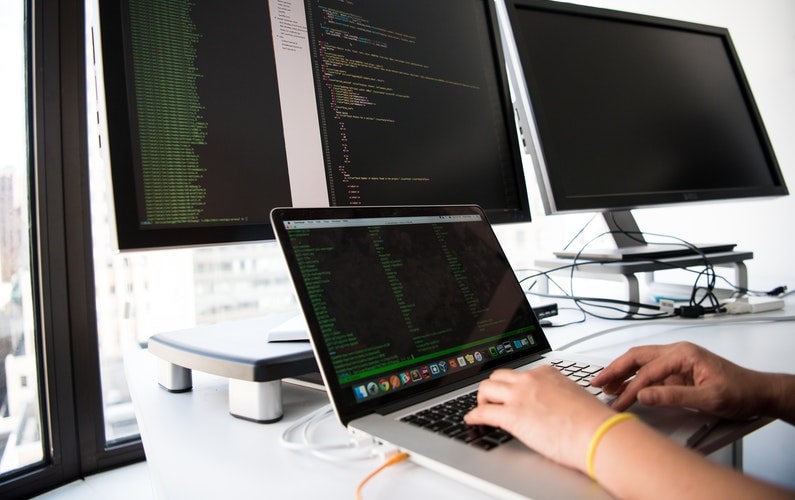 The designing process helps you shape up a new language. The compiler, which basically is used to understand source code, helps you convert your code into machine readable format.

A new language should also has access to the file system and resources. If there are many dependencies, we can put together essential factors into the language’s library.

Requirements to create a Programming Language

How programming languages are made ?

Before you get started, you will need to ping these aspects, affecting your future manoeuvre more than you can think.

For example, you should define – what’s the purpose of your new language, target accomplishments, and new features That existing languages can’t provide or handle.

This is how you can spot out new opportunities with existing knowledge of computer languages, architecture, and coding paradigms.

You must have also decided the flavour of the language. This step involves deciding complex decisions, such as deciding the language’s nature, like whether your new language would support functional or object-oriented processing style.

In this phase, you will also need to handle additional factors, involving synchronisation, multi-threading, and multi-core processing.

When deciding about compiler or interpreter, you will also need to handle errors, messages, and race conditions.

For those who don’t know about compiler or interpreter, these are translation agents That help you convert source code into machine readable format, so That hardware receives understandable syntax for processing.

Along with deciding a Compiler or Interpreter, you will also need to define Variables, Functions, and User Defined Structures.

If you can stabilise your language to use existing libraries, good for you. Conversely, you will also need to create and manage dedicated libraries for your new language.

A Language Library may contain instructions for printing on the screen, accessing the file system, using the network resources, and creating custom Graphical User Interfaces (GUI).

You should also think about deployment structures. In this case, your new program or language should support implementation with underling systems and libraries.

In this phase, you see supporting environment for your source code programming. You should also consider hardware support, software dependencies, and supporting scripts required for compilation.

After you have developed a language or software, you put it to Test to see whether or not it works properly.

The Testing phase is vital prior to the deployment phase. Using the Testing routines, you ensure things go in the right direction.

Why create a new Programming language ?

After you have decided everything, you will feel – why should one create a new programming language if existing ones are available to use.

If you know many of the available languages, you can better understand their complexities, weaknesses, and dependencies. Finally, you will be bale to proceed to create something new That makes life easier for beginners.

In most cases, this happens in corporate world. If you are responsible to create something different from existing technologies, you will need to create your custom language.

For example, we use Structured Query Language (SQL) for Database Management, everyone knows this fact. On the other hand, Salesforce uses SOQL (Salesforce Object Query Language) to process its database queries. You can say, SOQL is one of the well-known examples of custom language(s) for corporate use.

How are computer languages created ?

So, how are new programming languages created ?

Creating a new language is similar to teaching a computer how to understand a set of instructions to perform some kind of Task.

To get started, you will be using an existing language to start creating a new language. Because, a computer will understand what’s already existed. In this manner, you can start teaching a computer, what to do and how to do it correctly.

Before you start practising routines, you should have already completed theoretical phases which involve planning, vision statement, and defining to use a Compiler or Interpreter for your new language.

We are a Salesforce App providing company with No Code Tools, 3rd party Integrations, Security, and 24/7 Support. Go ahead and subscribe for a Free Trial.

Made with Love by Titandxp.com | Titan’s No Code Blog